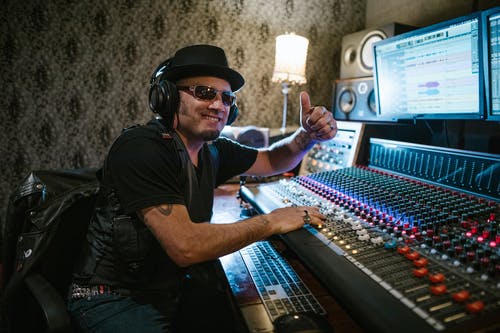 Simply put, music production is the method by which music gets captured by Music Producer, created, preserved, and manipulated so that it can be enjoyed and distributed. Every recorded music you love and know exists because it underwent the music production process.

Who is a music producer?

A record or a producer helps the artist with the recording project, bringing the vision to completion and guiding the sound all through the process. A music producer’s job is rather strange. Everything that a music producer sees can’t get seen. And what he creates is not an object as well. In case, you zoom all your way out, all that a music producer does in this – He or she vibrates the air molecules in a way that they bump against the human life form that feels something. Hence, there is a need for basic training. For this, you can check out music production courses in Mumbai.

Things that a music producer does

The objective of a music producer has been a nebulous one. It can mean several things. It is ideally someone who:

There are several roles of a music producer. The important ones are as follows:

It is the producer’s job to fix a recording session within the suggested budget and then lead the musicians via that schedule in an effective way. That aside, they also assure any project’s successful artistic and technical completion. In several ways, it is the main reason that a music producer does what he does. By the way they work, they highlight that they are professional, able to make a successful record and submit the final product on the fixed date. And for a bigger commercial recording project for a huge label or the small, well-financed label, the date of completion is best for a bigger schedule. This process comprises of marketing, manufacturing and marketing which can coordinate the record’s release.

The other responsibility is concerned with how a producer tales a raw material from the artist’s song and then transforms it to a completed recording. And this function is both commercial and artistic. It should express the emotional and musical intent of the artist. However, it should also reach out to a broad audience. According to several experts, like George Martin, a music producer is one who places the frame for everything and presents it to the public. The producer’s taste is what makes the music what it sounds like.

The producer should know how to recognize and get the best performance from the separate group members. Most people think that if it moves you, it will move the listeners as well. Hence, the music producer needs to trust his emotional response and instinct. The confidence for saying, “I love this one” is what the role of a producer is.

These are some of the roles and responsibilities of a music producer that you must know before you prepare to be become one. It requires formal training and also a guiding voice from within.

View all posts by Beatpro Admin

Back to Top
Call Now